My latest project! I have seen this pattern before and I have been reluctant to try it and for good reason!

First, you don’t work in the round. What the heck is that about?! So you start by making a scarf like piece that you decrease toward the end and sew together to make this hat. I’m just not sure about this.

Second, I’ve already lost count of my rows. Damn it all to Hades! I thought it would be fine and simply count the rows but no! Every time I do I have the same number! How is that possible?! I know I add two rows then how do I still have eight?! It’s like some torturous magic trick.

I also think that this is coming in too short to be for a man sized head. I think I should have upped my hook size since I tend to crochet tight. I think I’m gonna start over. This is gonna bug me.

It’s for the children, people!

Ok. Not Santa. Better than Santa. ‘Twas my momma! She’s always gifting me crochet/knitting goodness and this Christmas was no exception! Check out my new beauties!

They are almost too pretty to use but I love them!

You do run into the problem sometimes of things bring beautiful but not functional. I can’t wait to try them out!

If you are like me you are addicted to Ravelry. If you aren’t you may want to seriously rethink what you are doing with your life. Patterns from so many talented people! Beautiful shrugs! Silly hats! Inspirational afghans! All of it in one place and free to join to boot. And now they have their own swag! Joy of all joys! I love this tote! $18 makes great gift to yourself or others. I think I’m going to be greedy on this one though. It’s mine, all mine! 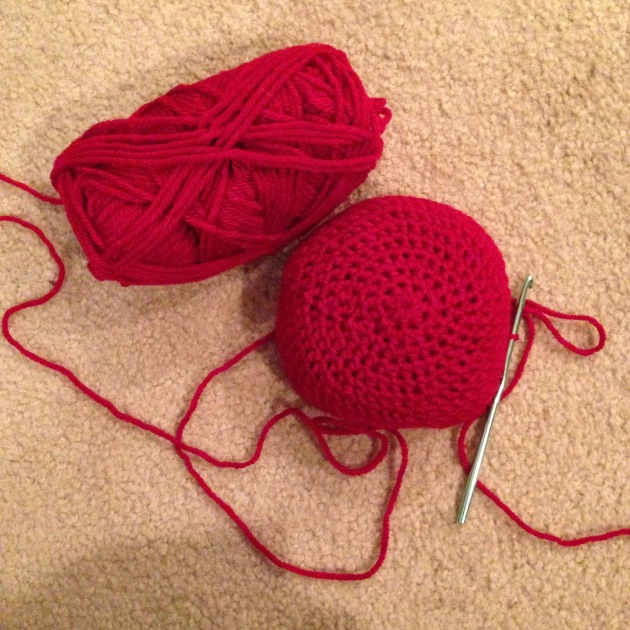 Ok. Seriously. All I want to do is make a HDC hat. That’s all! And it’s taking for fucking ever cause this yarn! This yarn splits on every single stitch! Sure it’s softer yarn but it’s not sock yarn for crying out loud! Why?! WHY?!

Worst part? I took off the paper and I can’t remember what kind it is so I can never buy it again! Damn it all to hell!

When I started this blog, I mentioned that I was going through some turbulent times. Issues with work, issues at home, issues…everywhere.  One might even say that I didn’t have issues, I had subscriptions (ba dum bum tssh!). Still, in all this time absolutely nothing has changed.

I’ve spent a lot of energy pushing down all that has been going on in my personal health and it’s landed me in a world of hurt. I have been grasping at straws trying to keep myself balanced and when I first started looking for something to help keep me grounded I reached out for knitting. Surprisingly enough it helped. Now, yet again on the other side of a bad spell knitting or crochet has been the constant that has helped see me through. It sounds weird, I know.

Without getting into too much detail, I am Bipolar.

Just writing it leaves me feeling so vulnerable and exposed. It’s like coming out of a closet of sorts. There’s a stigma that goes along with mental illness and it took me a long time to recognize it as just that…an illness. One that requires treatment and a lot of work to get by. Funny enough that I chose needle crafts as part of mine because I came across this article on crochetconcupiscence.com not long ago:

Bipolar disorder is a condition that is characterized most specifically by wild mood swings (although there are variations in bipolar types). Periods of intense depression are followed by periods of intense euphoria or mania. There are people who use crochet to help them deal with both the depression and the mania of the condition. Crochet can also be used during a state called hypomania, which is a transitory period between “normal” and manic. Most importantly, crochet can be used to help moderate moods, which is a major goal of bipolar treatment…

Well shut my mouth wide open! I wasn’t completely in left field after all! I’m pretty sure the same could be said for knitting but I find it amusing that I tend to crochet more than knit these days as apparently there is a reason why. The reason I bothered getting a tad more personal with you all now is this.

When I was hospitalized, crochet was the one thing that kept me going day to day. Since I tend to be introverted, other ladies in similar situations and I started bonding over the hats I was making. Pretty soon another girl started crocheting. Then another. It wasn’t long before there were four of us huddled together and the tension in the room started going down and it became a little easier to smile and sleep at night. I think that says something. I think that if sharing a craft as simple as crochet made a difference with anyone of them like it did with me, it’s worth it. Then it’s not just a hobby is it? It’s a life line.

So thank you all for being open to my story. I’ll be sharing a little more openly going forward. The title of my blog is, after all, The Knitting Neurotic. Gotta make good on the neurotic side and make sure you’re getting your money’s worth.

My inner geek just exploded in on itself! How do people block this stuff out?! There must be a program or some sort of devil magic that makes this possible and I’m going to learn it’s secrets. In the mean time, I’m buying the pattern from Craftsy for $6. Totally worth it!

The Crochet Crowd on Facebook has a newsletter out with a tribute to pets and the best part is their idea for Red Heart’s new reflective yarn!

I had wondered when and why I would use this stuff but clearly the answer is puppies! Duh!

What better way to protect your K9 compadre than a reflective sweater for those cooler night time walkies? 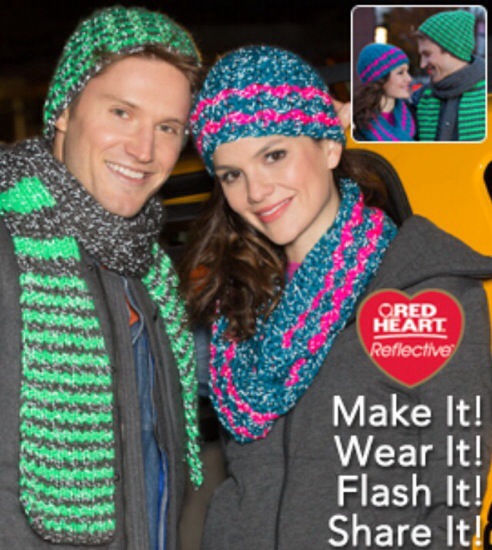 If one were so inclined, one could even make some gear for themselves as seen here in the ad from Red Heart.com. But I dunno. Other than walking your dog why would you ever need this?

What’s with people yarn bombing bathrooms these days?! Can you imagine how they went about getting the proper measurements?

Came across this while looking for new patterns to try and I’m praying it’s a joke. I know the economy sucks but this can’t be the option we’re down to, right? I would sell myself on the corner 4 nights a week before I let my finances get me to the point I’m crocheting and using my own toilet paper.

My Tweets
The Knitting Neurotic
Blog at WordPress.com.