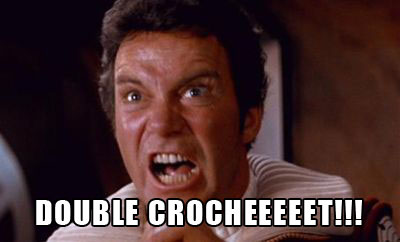 Just finished all the pieces for the latest hat I’m working on and it wasn’t until just now that I realized I half double crocheted the whole damn thing instead of the double crochet the pattern called for.

Yes, it’s still a hat. Yes, it still looks cute. But damn it all! I know its wrong! I know!

I’ll have all the pieces assembled and pics up shortly…grrr….